The offense of reckless driving S.C. Code Ann. § 56-5-2920. relates to any person driving any vehicle in such a manner to indicate a willful or wanton disregard for the safety of persons or property.

"Recklessness implies the doing of a negligent act knowingly. When a man actually acts negligently and he realizes that he is acting negligently, the law says he is reckless or willfull and wanton, whichever term you prefer, they all mean the same thing, that is, the conscious failure to exercise due care." State v Rachels, 218 S.C. 1, 61 S.E. 2nd 249 (1950). It is not necessary that a person violate a traffic law to be guilty of reckless driving.

For example, a driver who continues to drive after dozing off at the wheel, disregarding the fact the he is very sleepy, has shown a wanton disregard for the safety of persons and property and is, therefore, guilty of reckless driving. 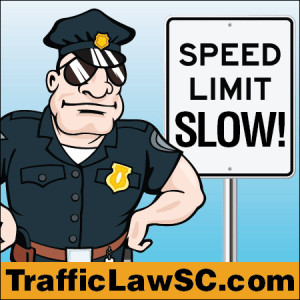 Reckless Driving is a very serious traffic offense in South Carolina and should be treated as such.  Call (803) 351-3597 or E-mail info@nosaljeterlaw.com with your ticket information for a FREE consultation regarding your South Carolina reckless driving ticket.

Additionally, reckless driving can have severe and unforeseen consequences to out-of-state drivers. For instance, a North Carolina driver who pleads guilty to reckless driving in South Carolina could receive an automatic license suspension by the North Carolina DMV for up to 6 months. It is important to remember that the officer who pulled you over in South Carolina may not understand how a traffic ticket affects your out-of-state license, but our traffic attorneys do.We have built relationships with traffic lawyers in other states to make sure when we fight your ticket we get a result that is best for you.

What Should You do?

While you are on the scene

If the officer asks you about to explain why you think they pulled you over. You do not have to give them an answer. Simply say you do not know. Do not admit to anything that can be used to against you in court. Do not argue or dispute the ticket with the issuing officer on the scene. Accept the ticket graciously and read it over. Make sure that you understand everything that is on it. If your offense is a minor one, you could get off with just a warning.

You don’t have to fight a reckless driving charge alone

You should consider working with an attorney to minimize the consequences, especially if your driver’s license is in danger of suspension or you are facing jail time. It is not easy to fight a reckless driving ticket without legal representation. The courts use a variety of factors to determine guilt and penalties, such as the officer’s statement, arrest information, visual evidence and eyewitness testimonies. Your driving record will also come under scrutiny.  Even if the evidence is stacked against you, an attorney can help to negotiate the charges down to protect your driving record and keep you from having to paying huge fines. There is a lot of work that goes into building a solid defense for traffic court. You should consider speaking to an attorney who focuses on traffic law for guidance in resolving your situation.